[Day 31]
Cold, but weather was nice for breakfast in the camp

Beautiful camp, and we shared it with several others, among them a German traveler going to Mongolia in a proper expedition truck who stopped to talk with us before we all set off towards the border, only 300 km away!

We are actually in Siberia, and who would have thought that Siberia would be this warm and green, and with fishing and camps everywhere?

We don’t know what this car was, but many people stopped to look at it. Suddenly we had white mountains in front of us again.

The last village before the border

Getting closer to the border! And at the border, but we were not the first ! The Frenchman we met yesterday was also in the queue and he had been here since 8 this morning. He was car no. 25 in the morning, and when we arrived around 2, he was no. 6!

3 hours and 50 minutes later. Only about 10 cars have been allowed into the border area (and three cars have squeezed themselves in front of us because we did not move forward with the queue quick enough – then we talk about seconds!) , and the border closes in 10 minutes. Officers working there started to leave already half past 5. We could barely see a glimpse of Mongolia in the distance. Depressing! A nice lady told us that we need to register (“Yes, we did that”), and then we have to register another place to get a number in the queue (“What other place? Isn’t this a queue?”). But we have to do it tomorrow again, and now we can just settle for the night, she says. However, Atle runs to the second registration office that we had not heard of before, and something happened – we have no idea what, but suddenly we were through the gate! And so were all the others! Our new friend from Germany driving a camper van, the Swiss couple in a Defender, and our Russian helper!

Once through the first gate it took a little less than an hour to get out of Russia. 20 km to drive to the Mongolian border crossing,. The road surface changed half way through, and we don’t know when we will see tarmac again. Getting through to Mongolia was rather quick also, and the last border guard said “Welcome to Mongolia!”. At the other side of the border we met Mongolia! With children coming to great us, ger camps and yaks.

Driving for 10 minutes, our Russian helper asked if we wanted to camp with them near a lake close by, and we accepted. The Swiss couple followed. And soon, children and youth on motorbikes from the nearest ger camps also joined us! One little older man came with them, and kept asking for “Piva, piva” (beer). Our Russian friend drove them all away before we went to bed, scaring them off with his huge dog and a grown-up axe! 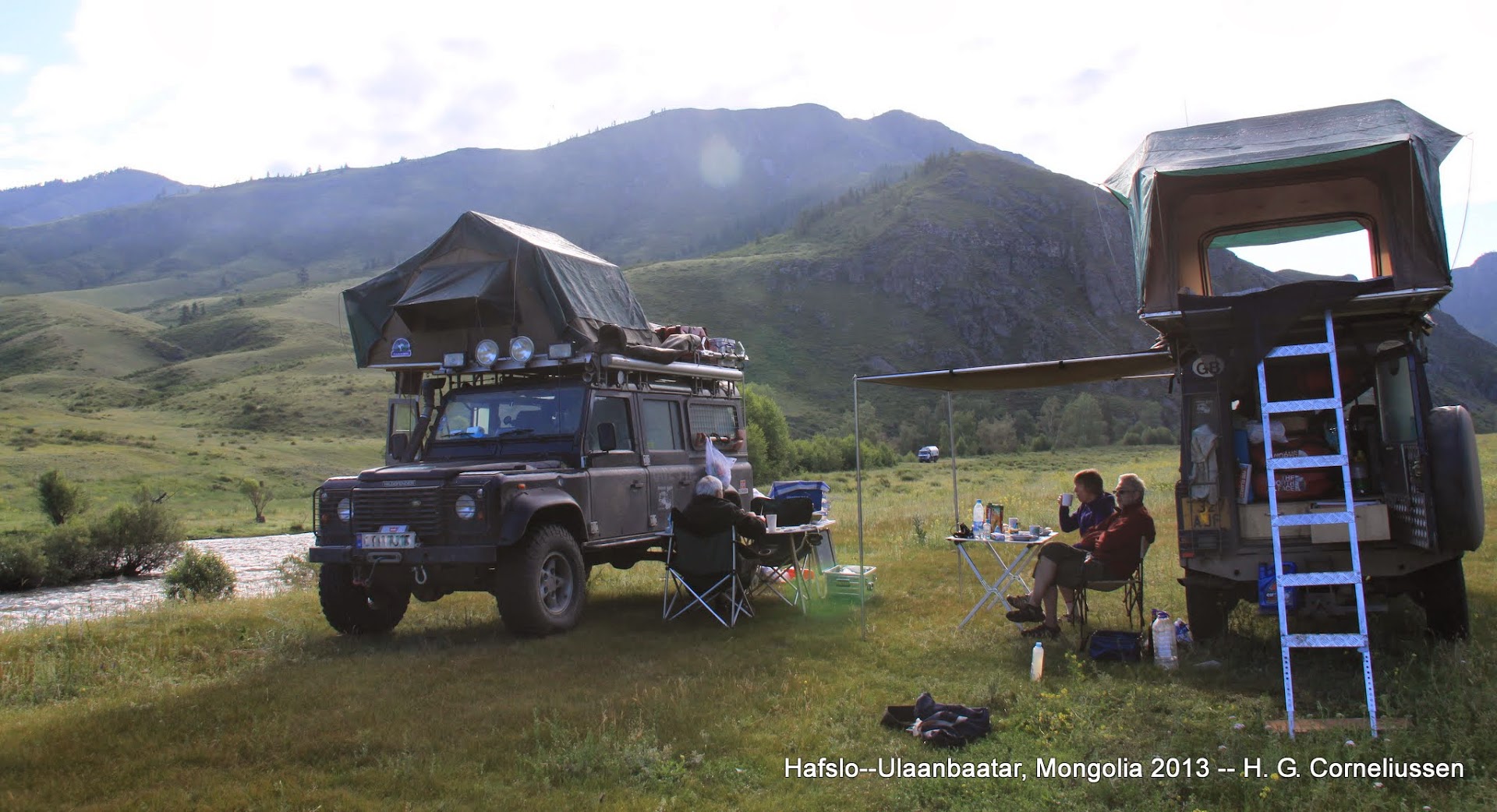 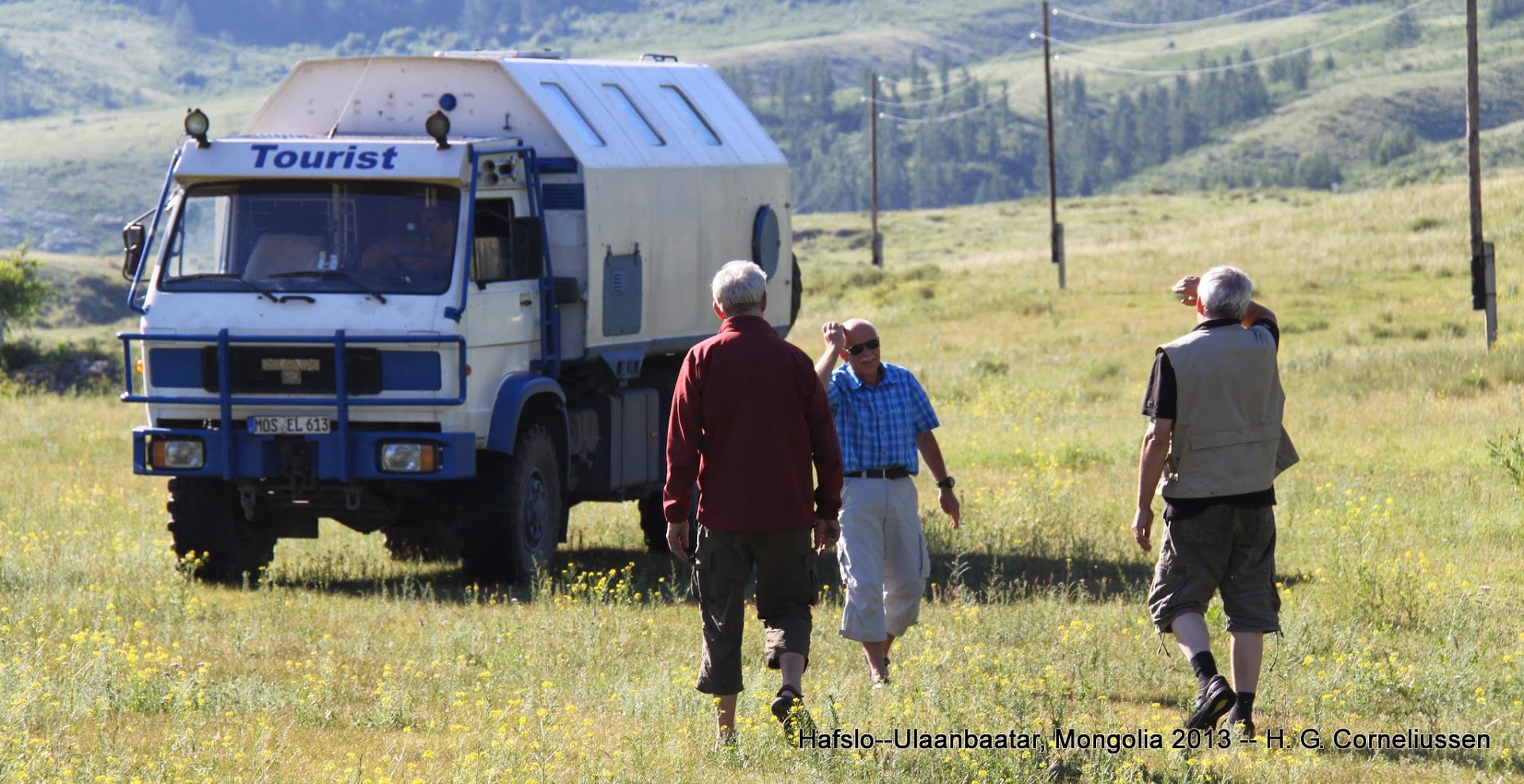 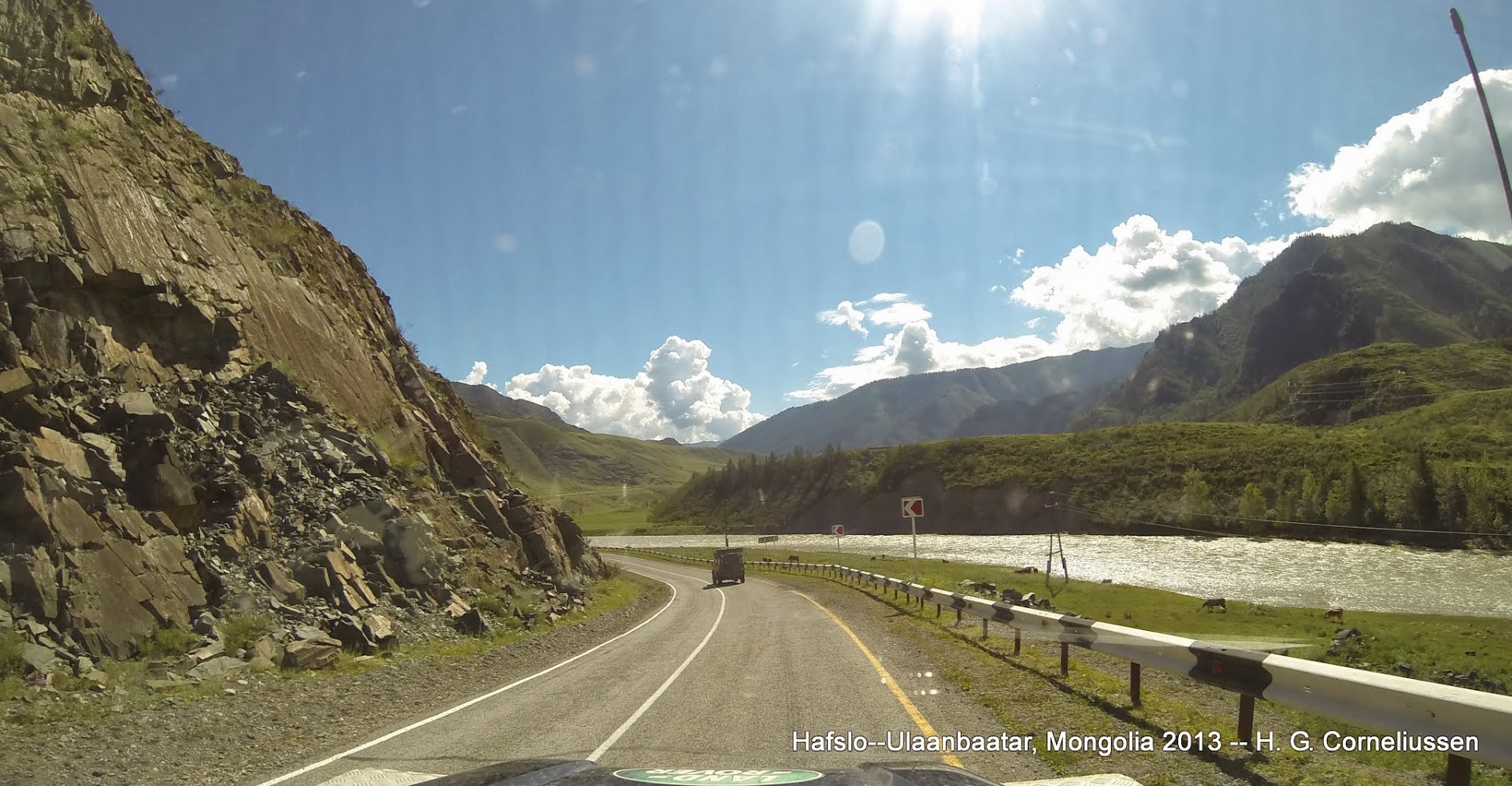 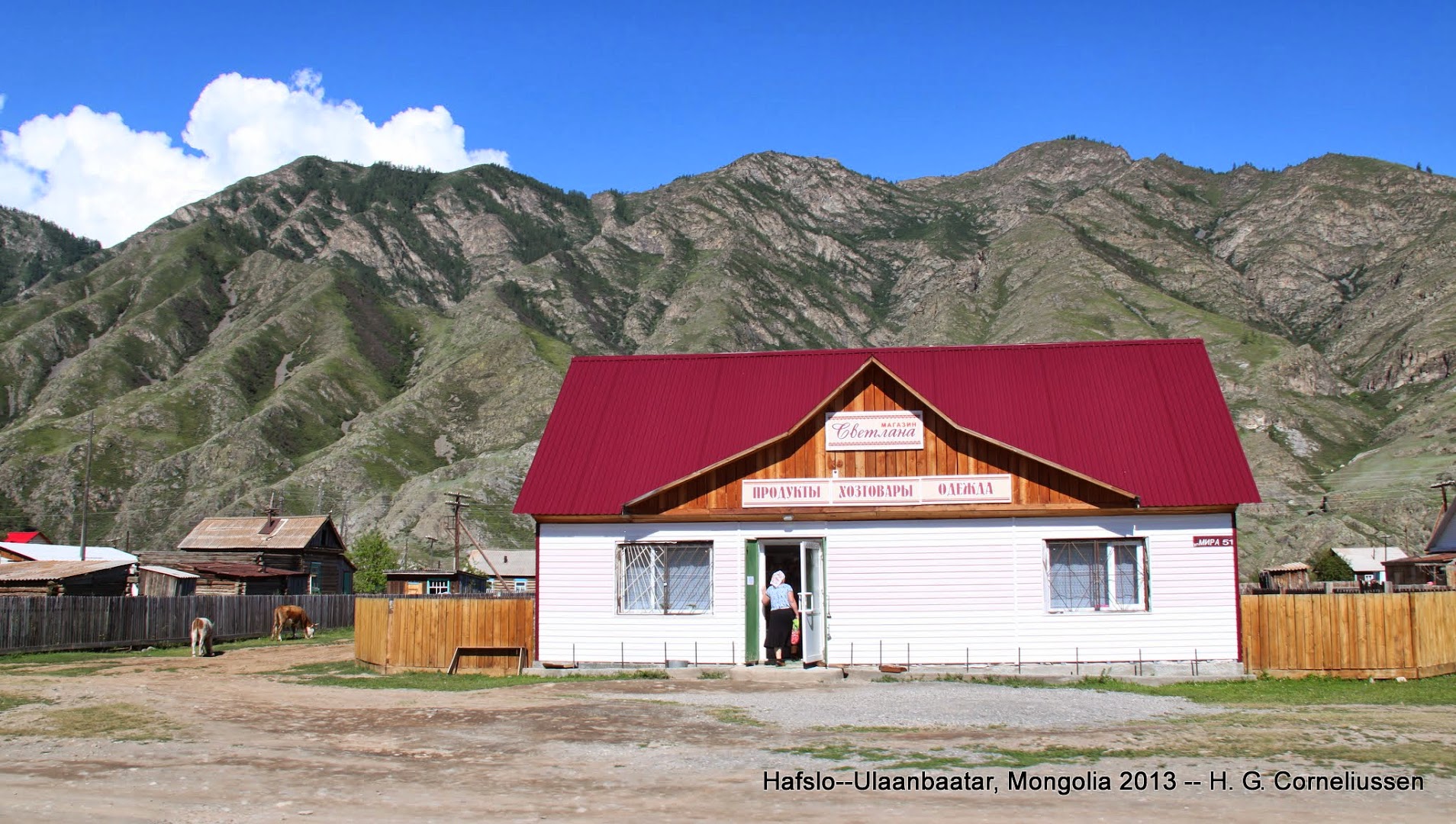 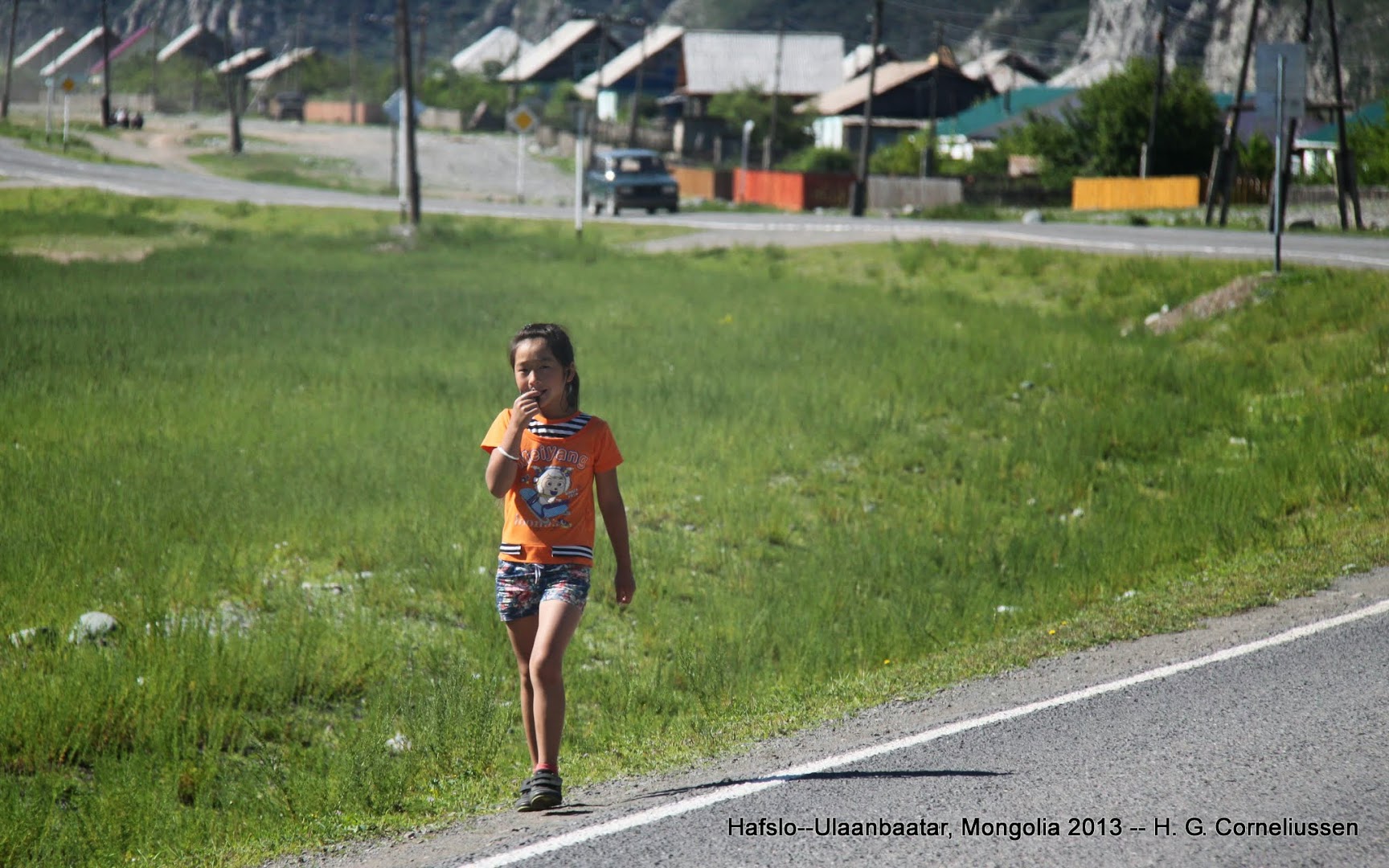 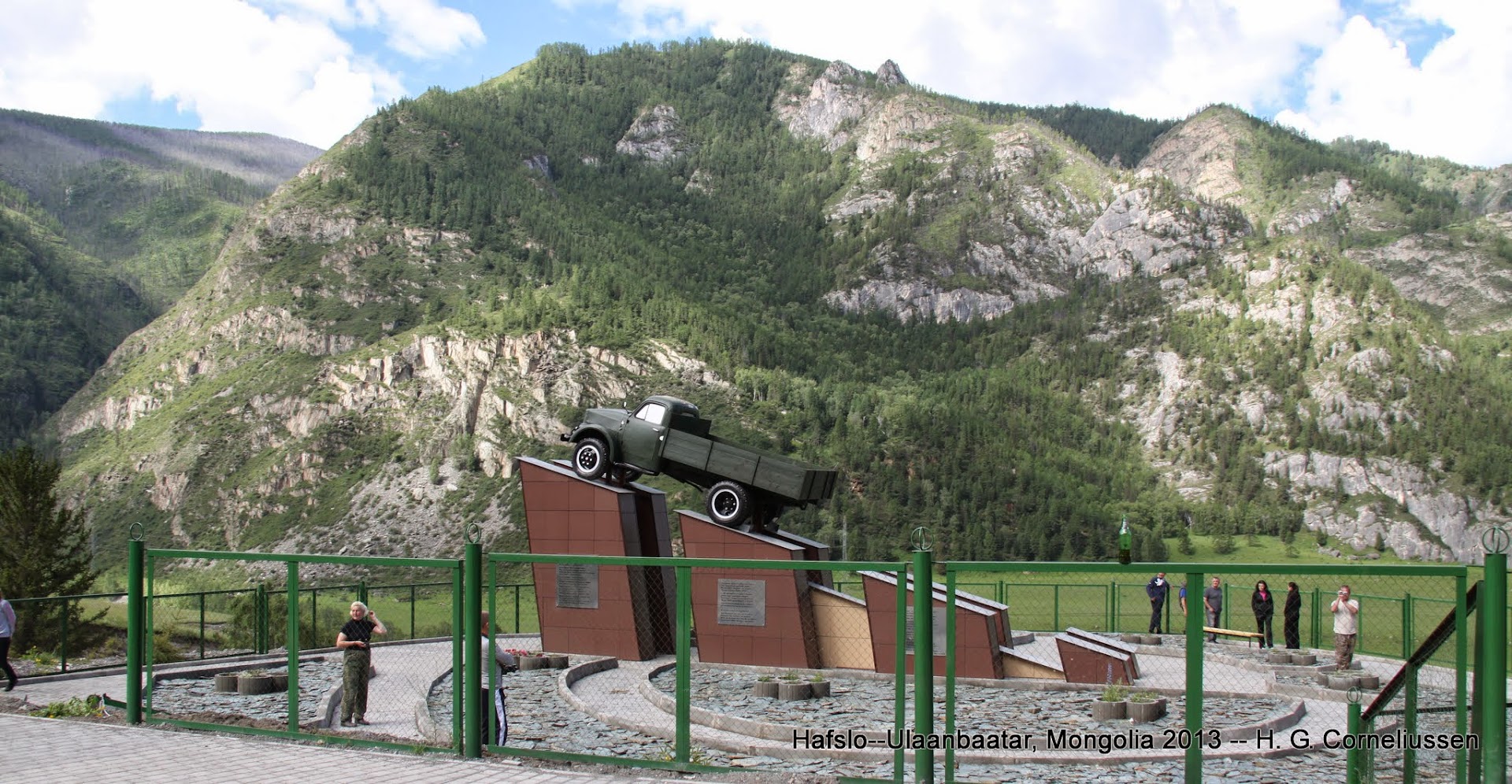 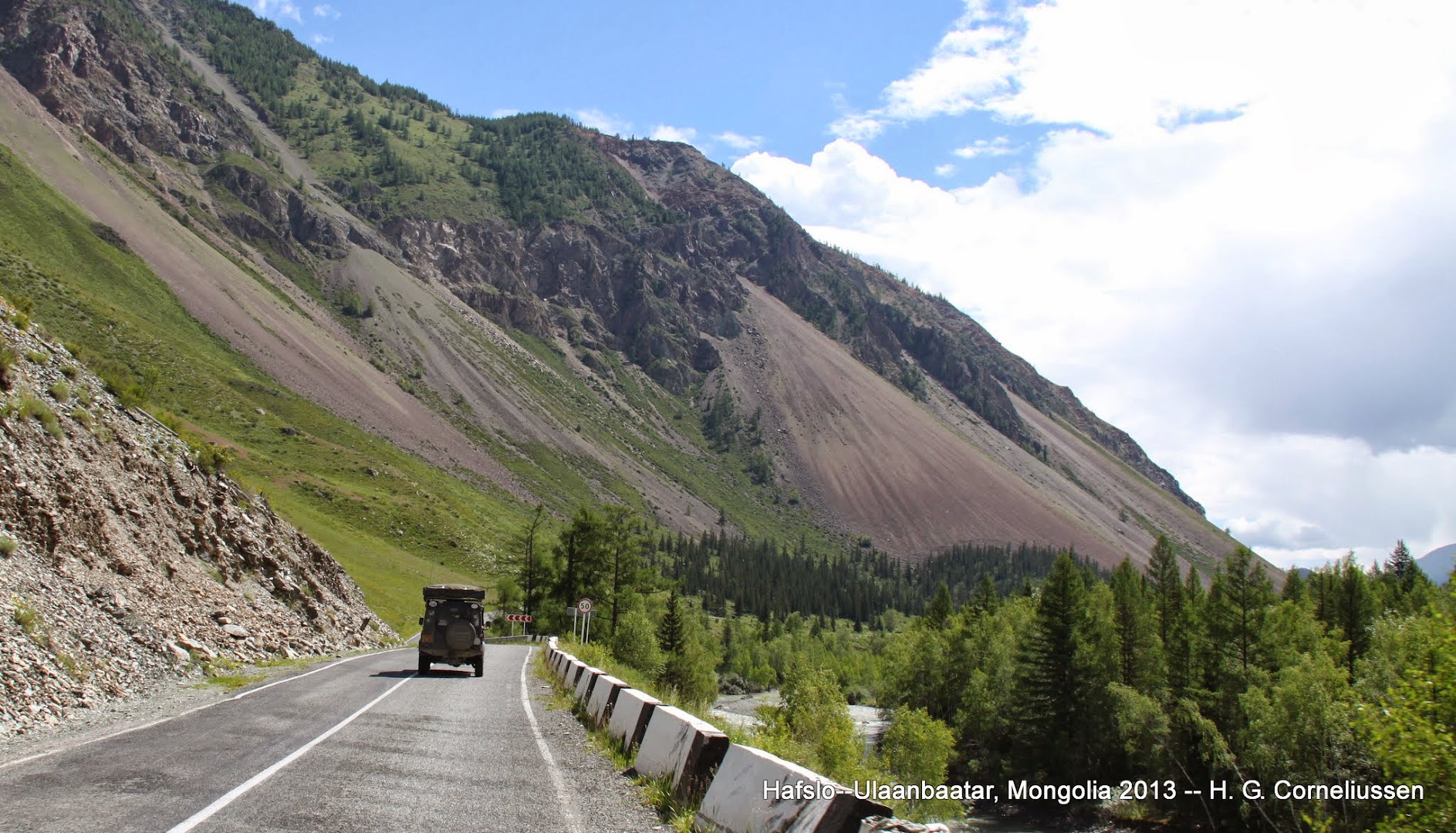 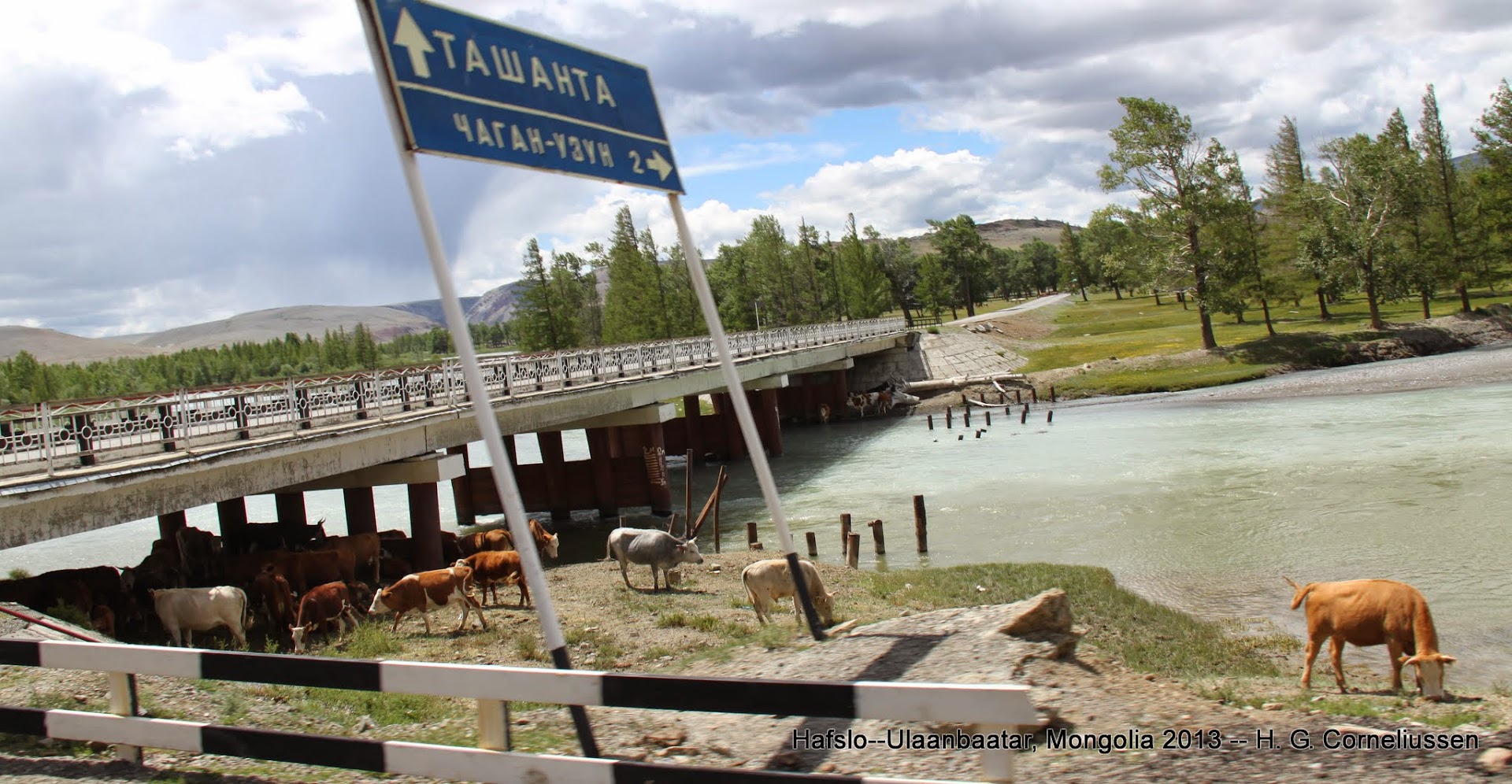 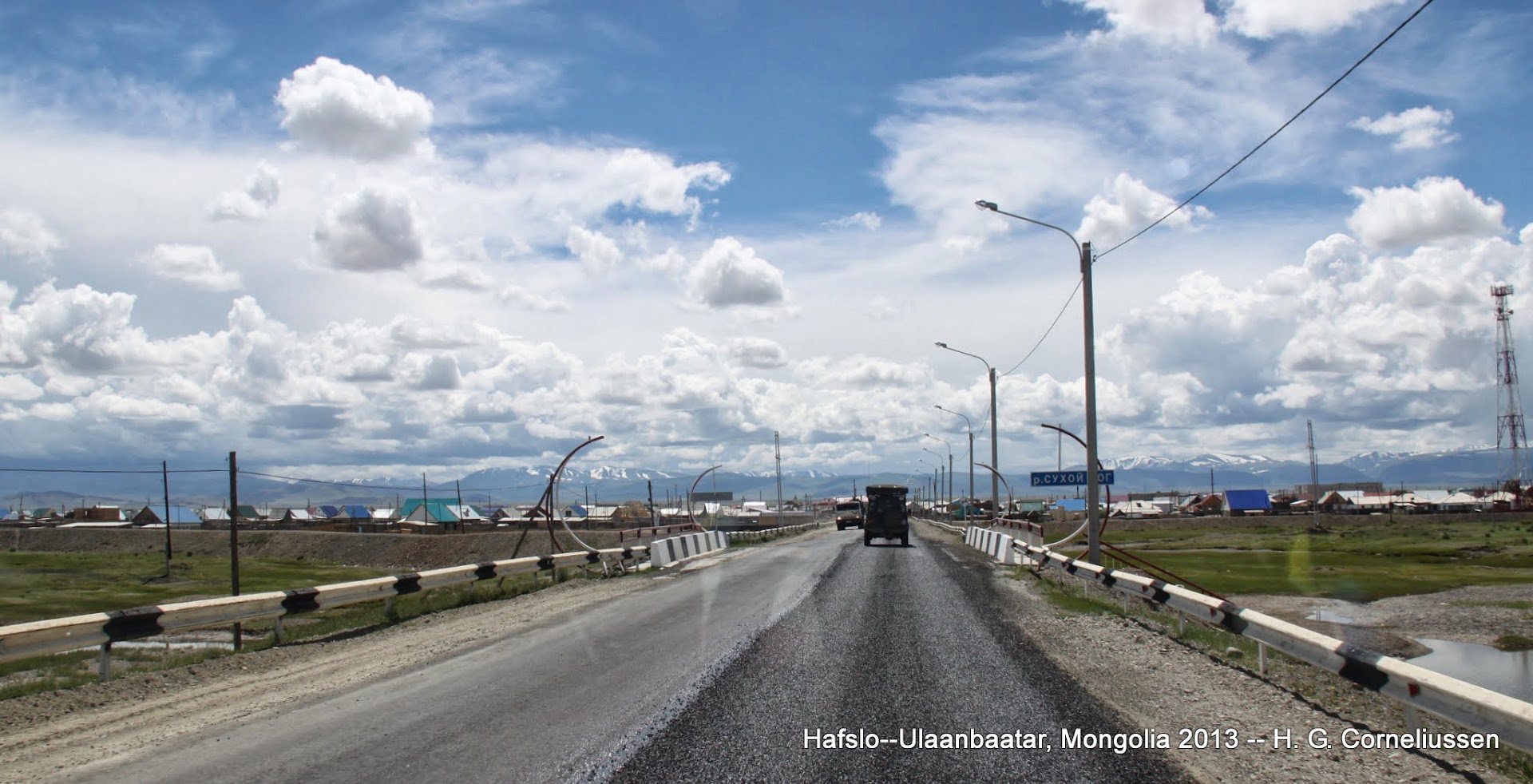 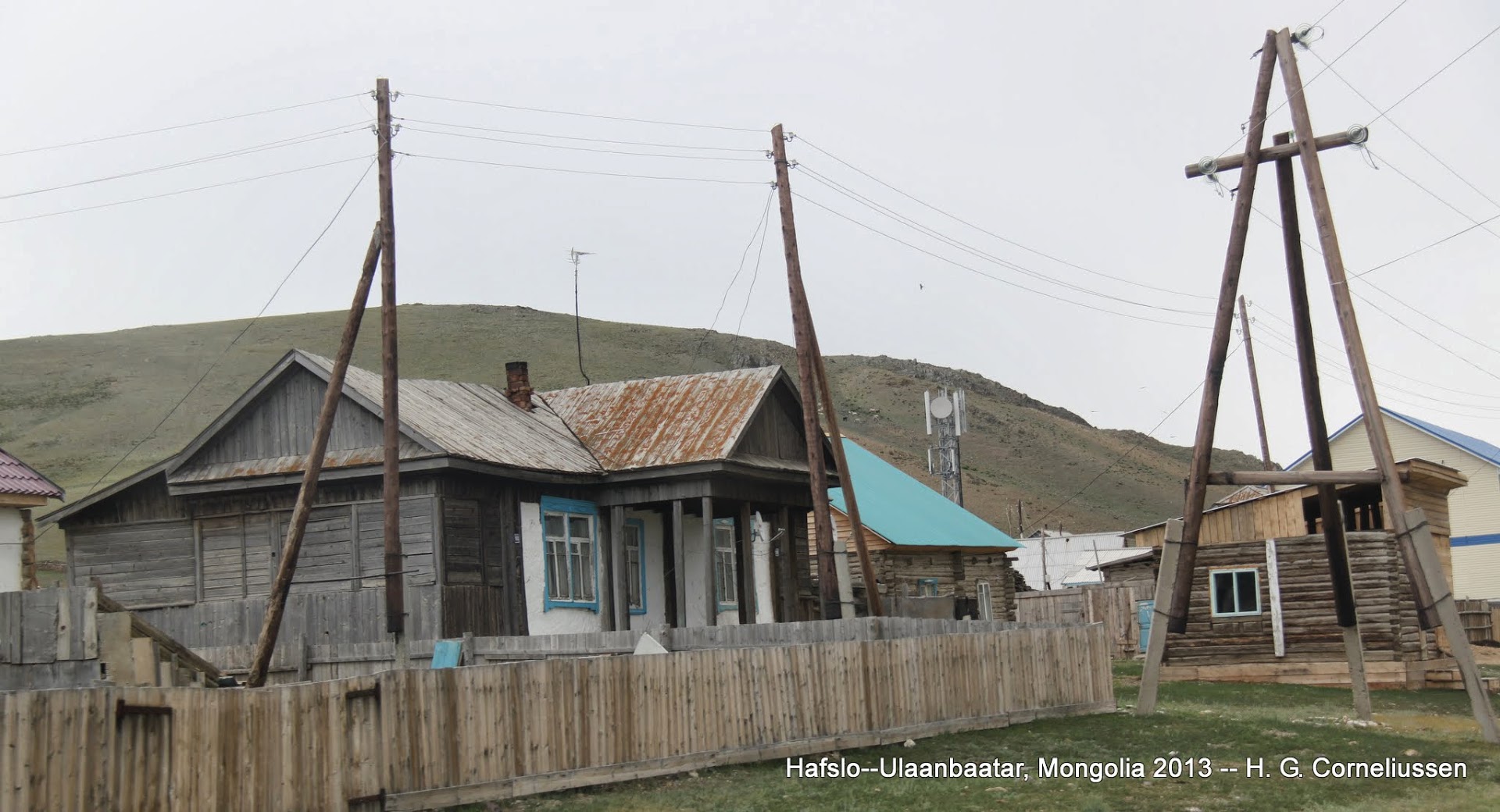 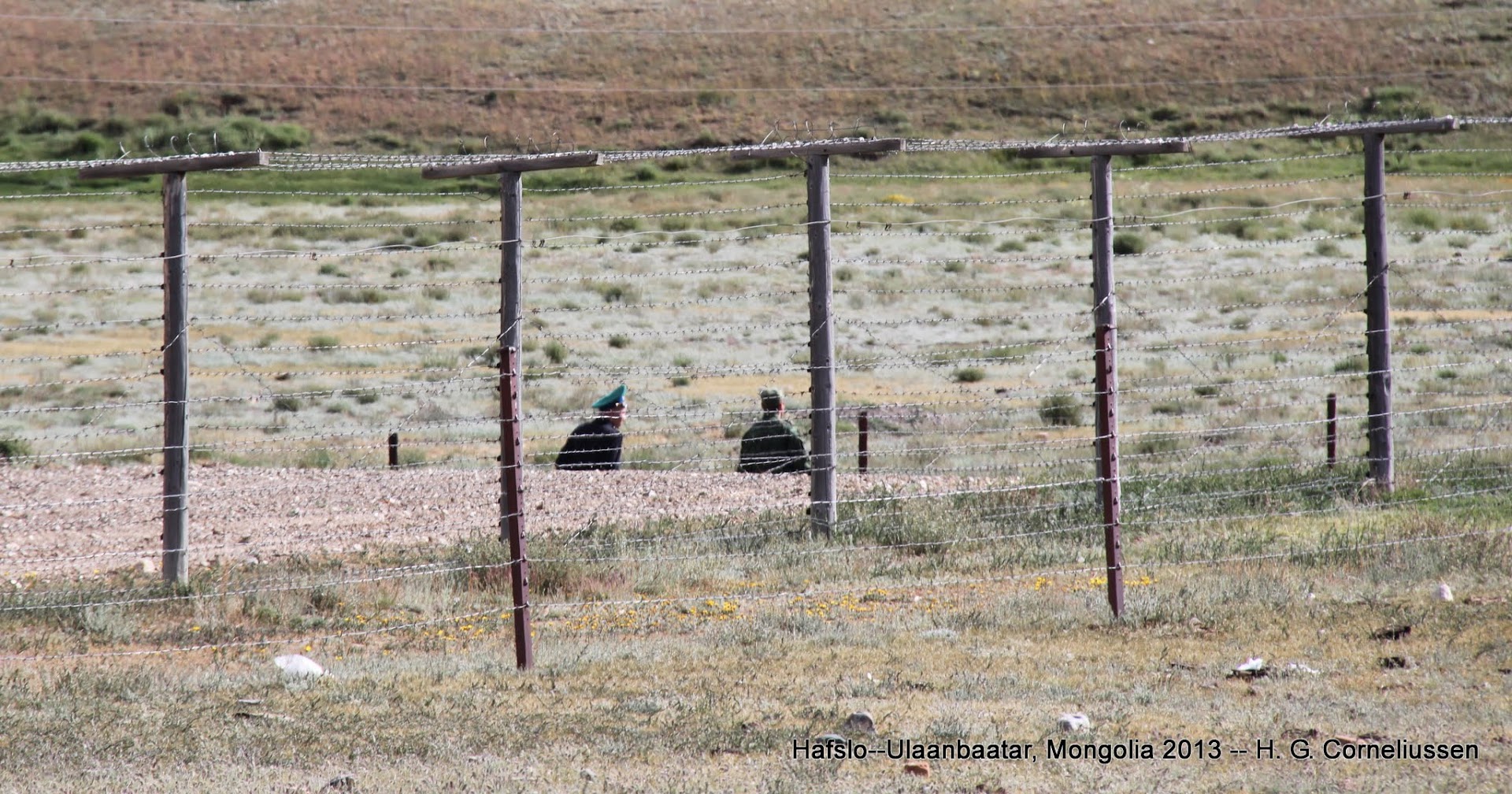 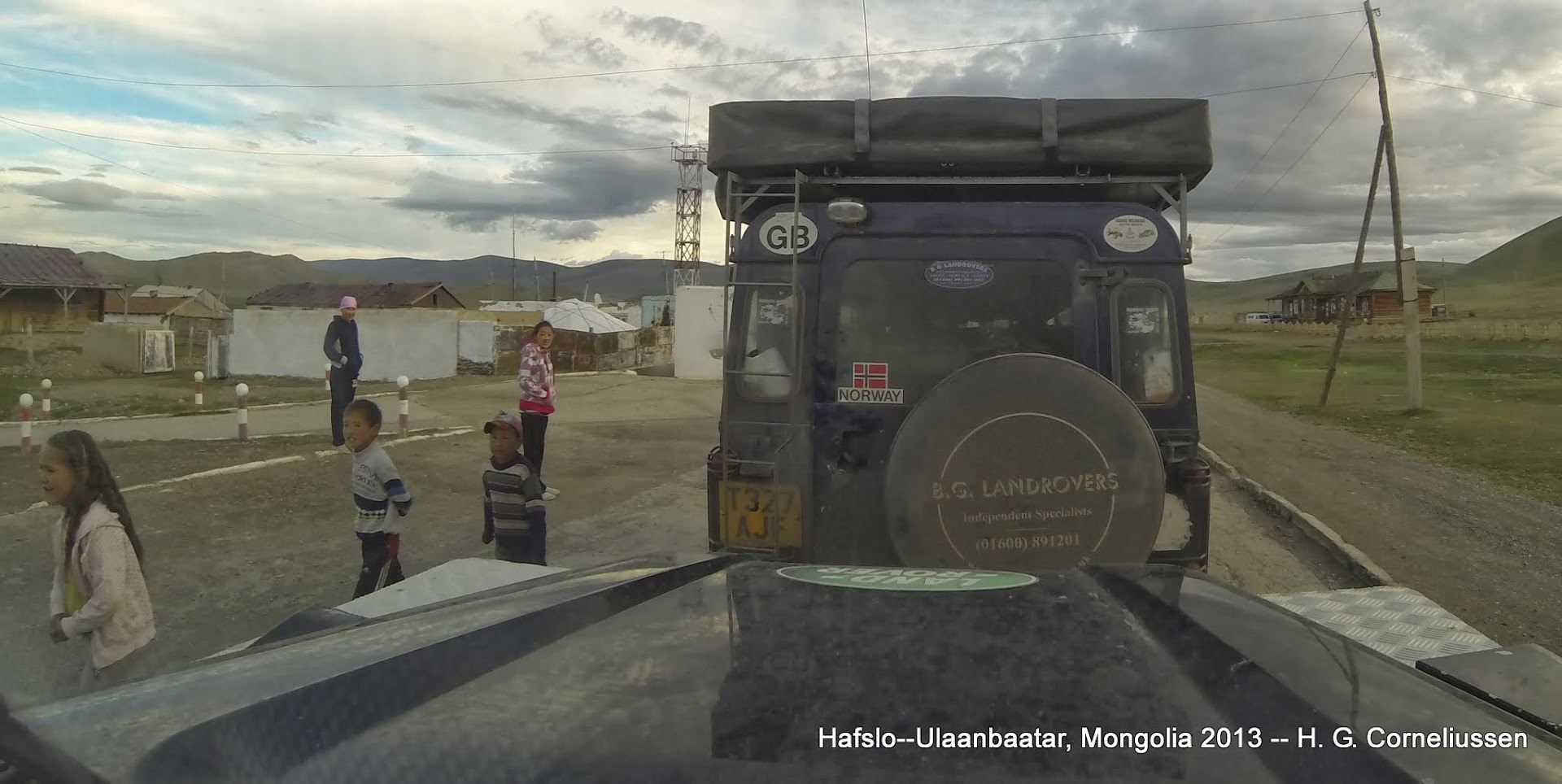 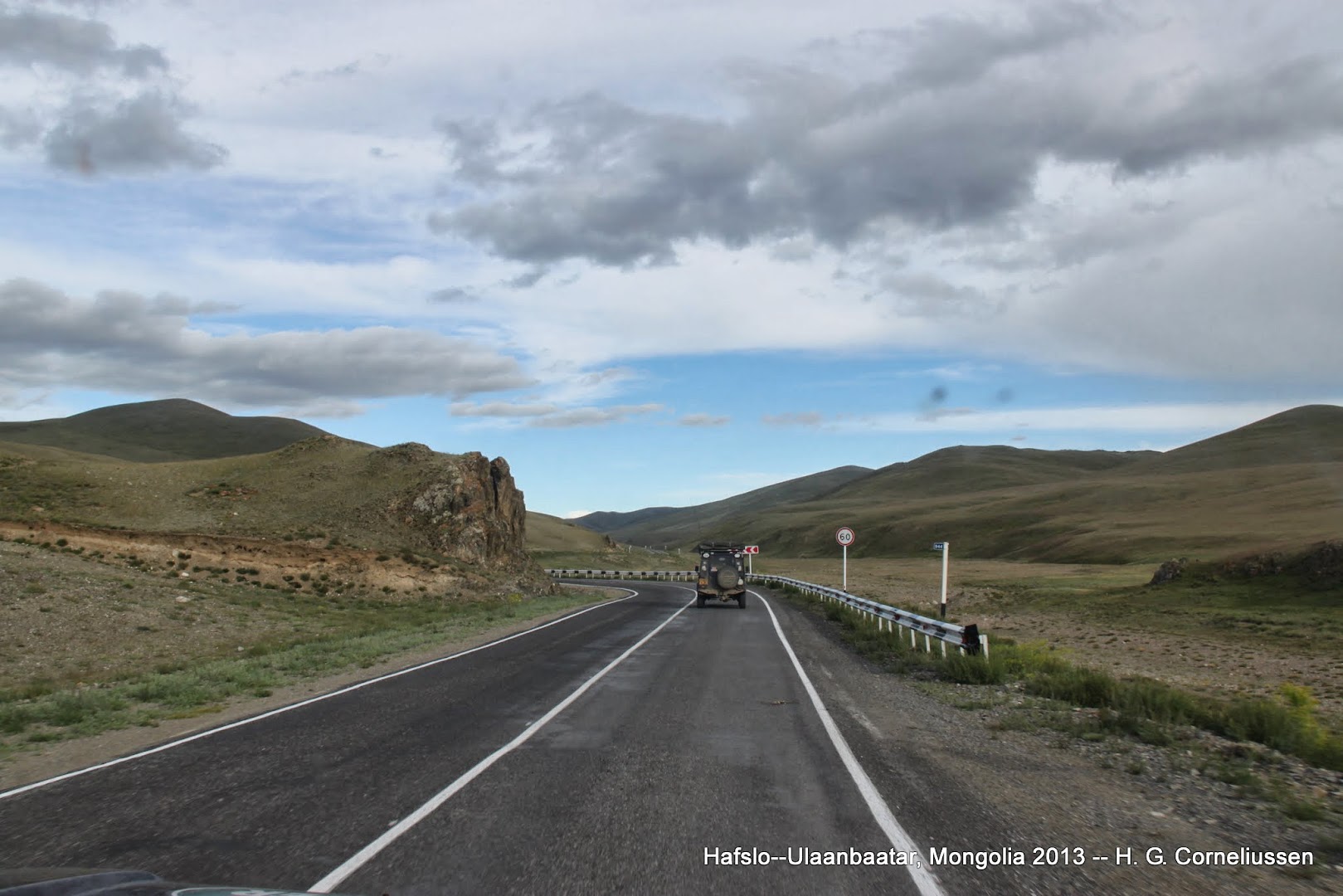 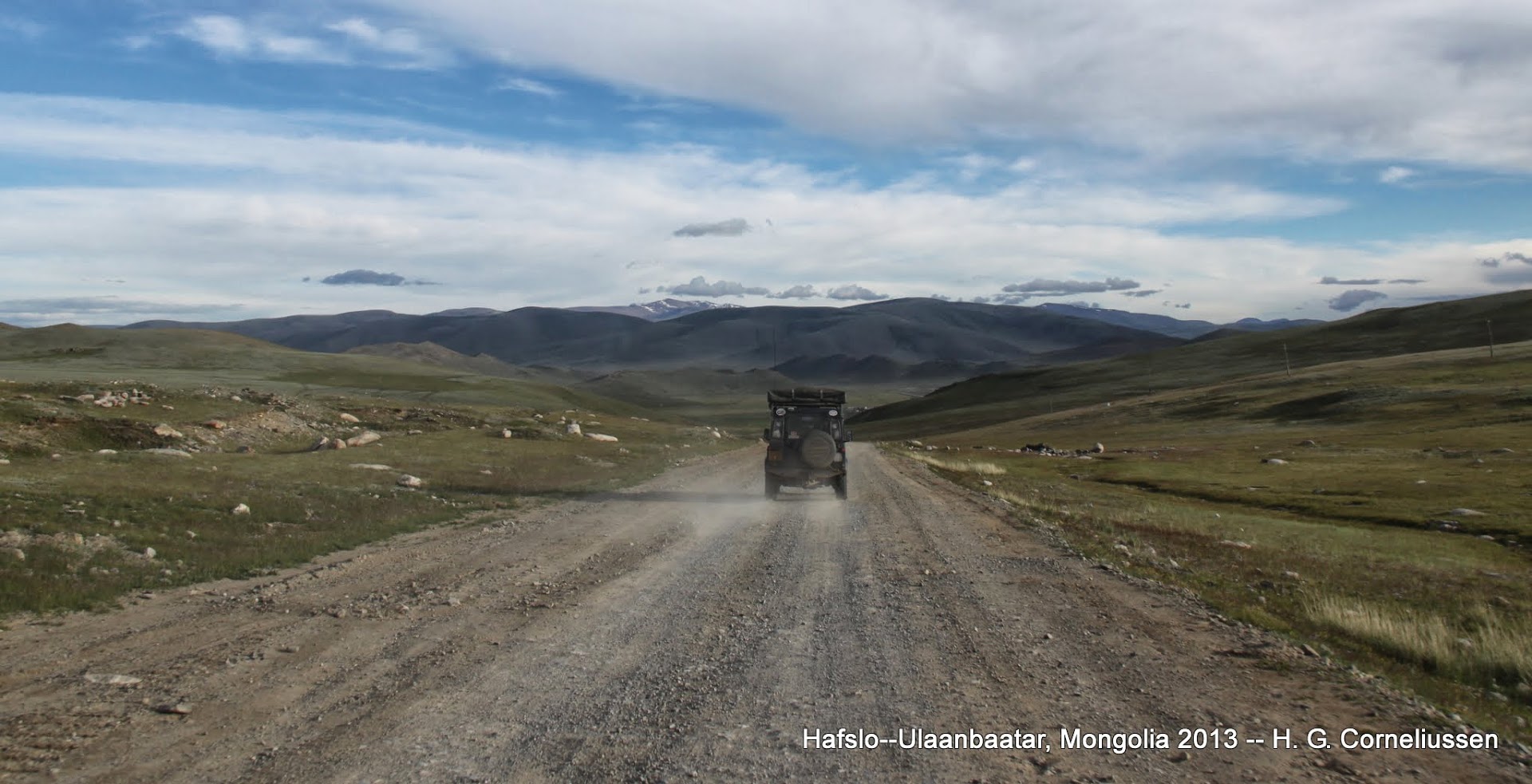 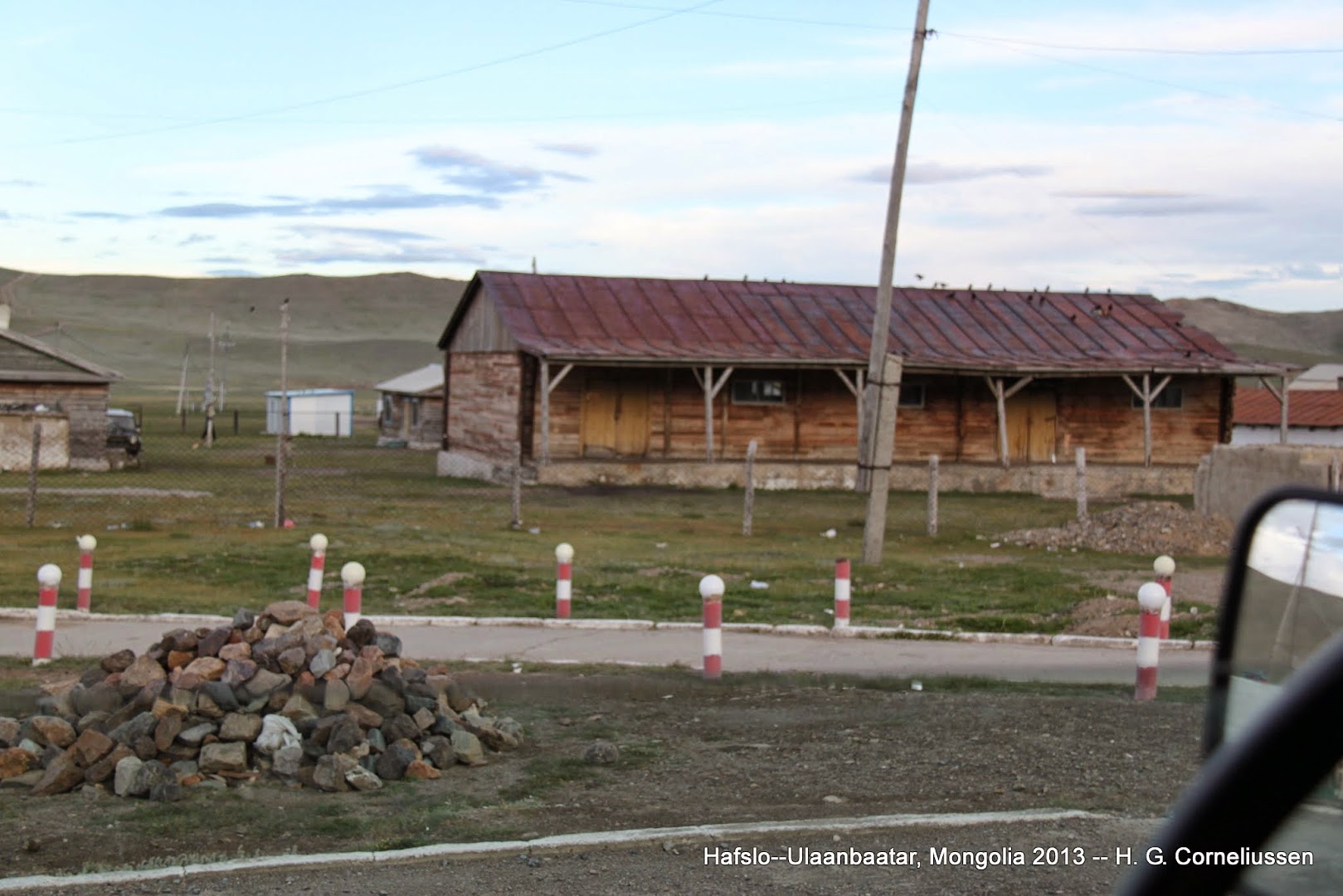 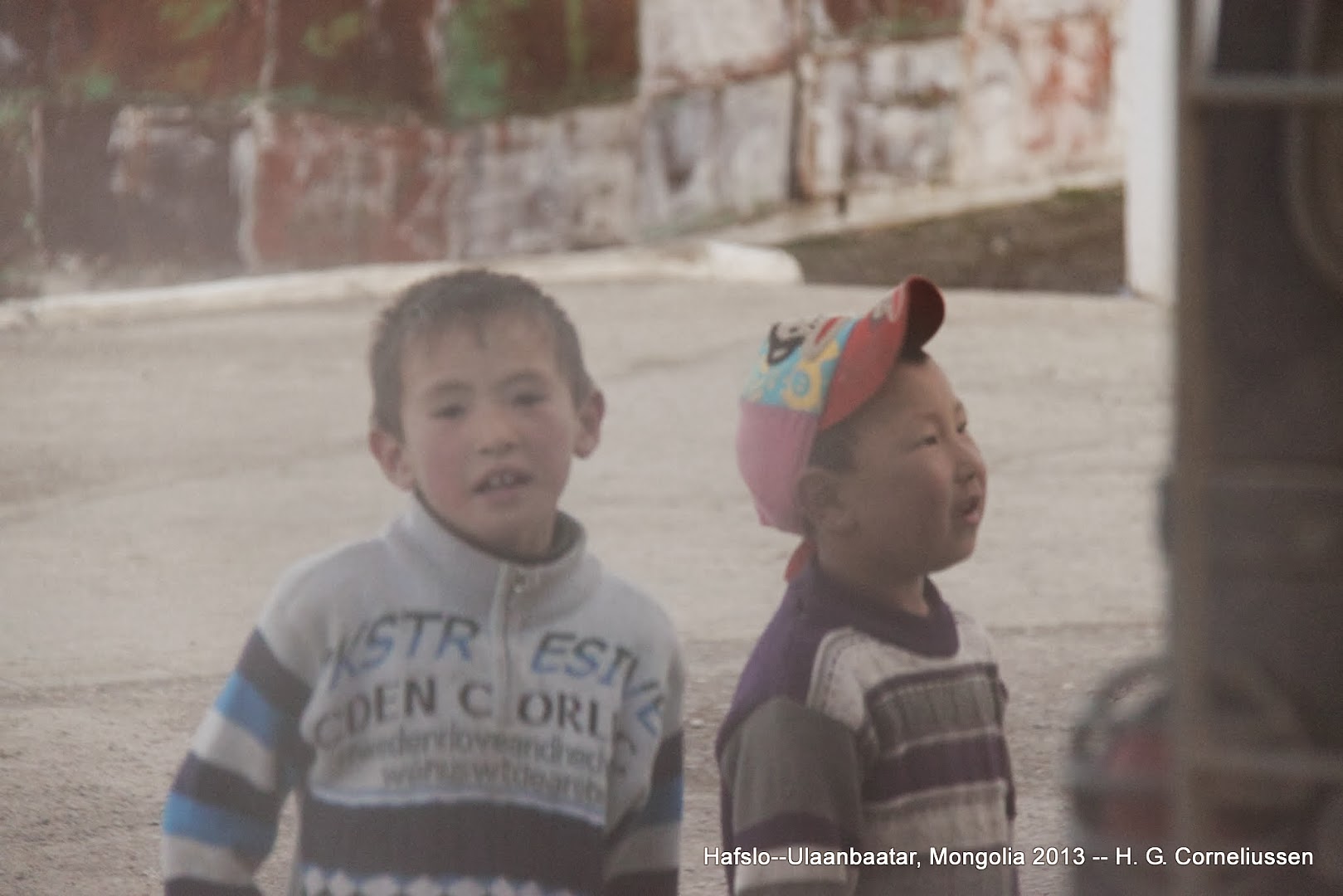 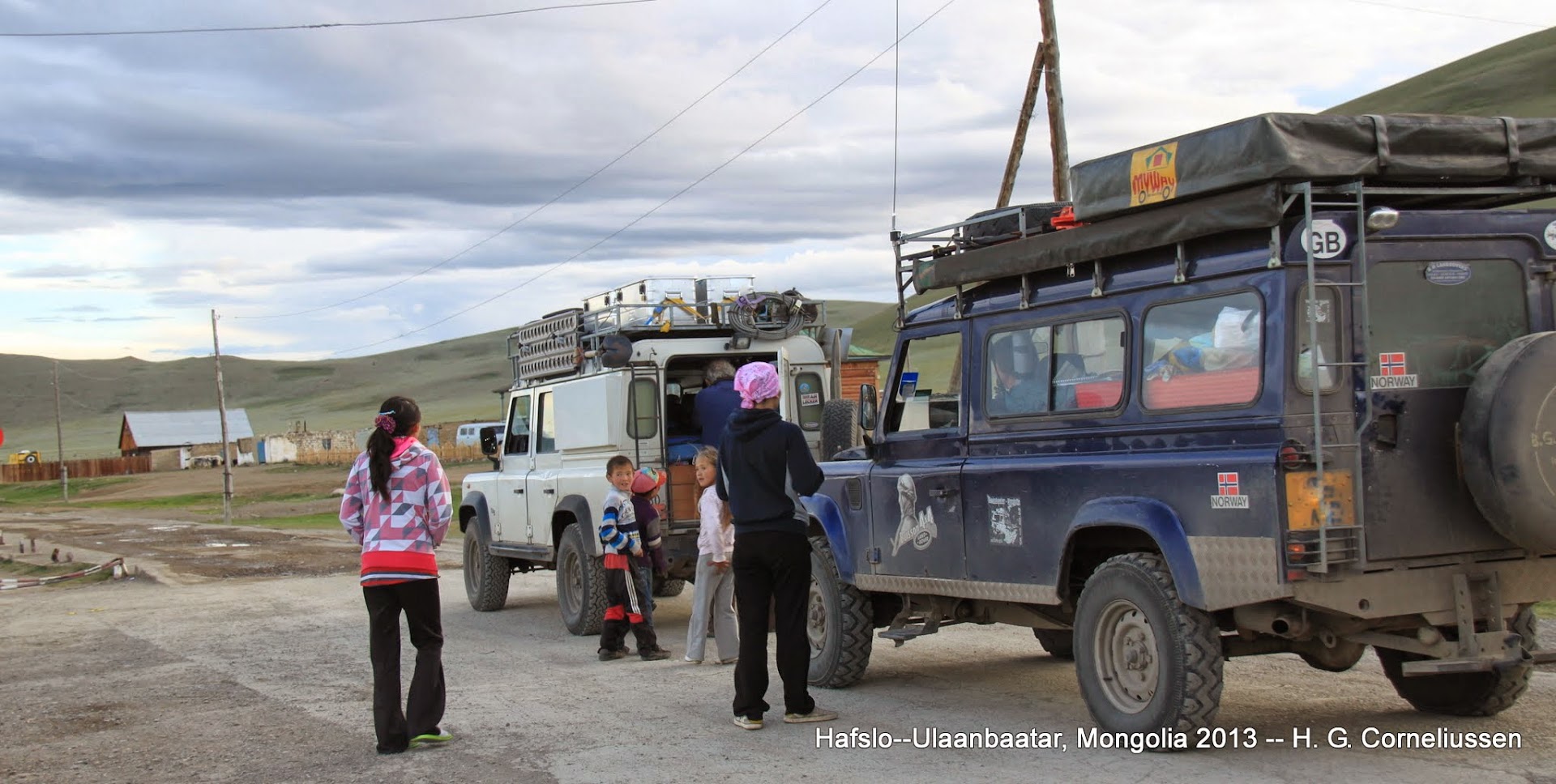 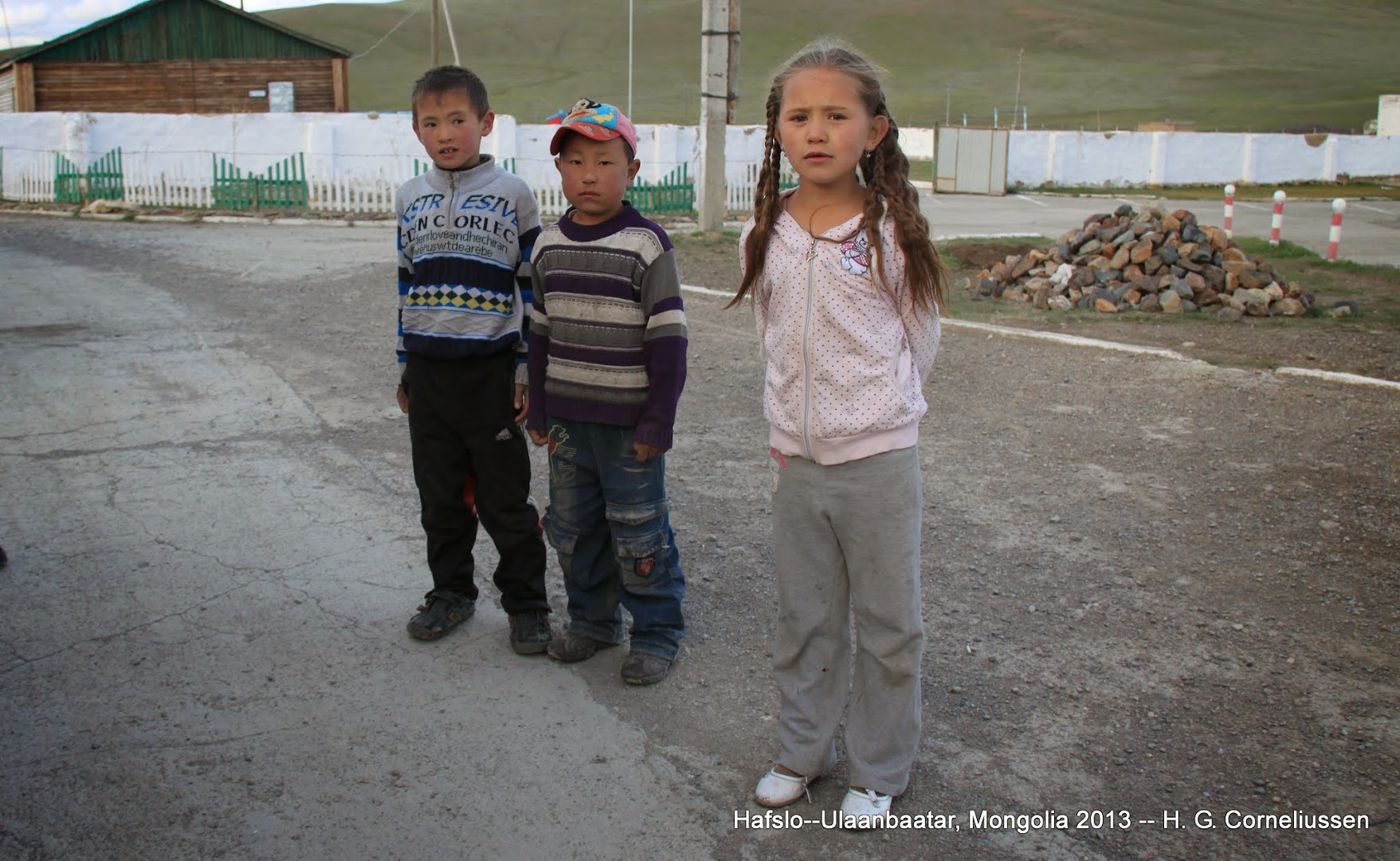 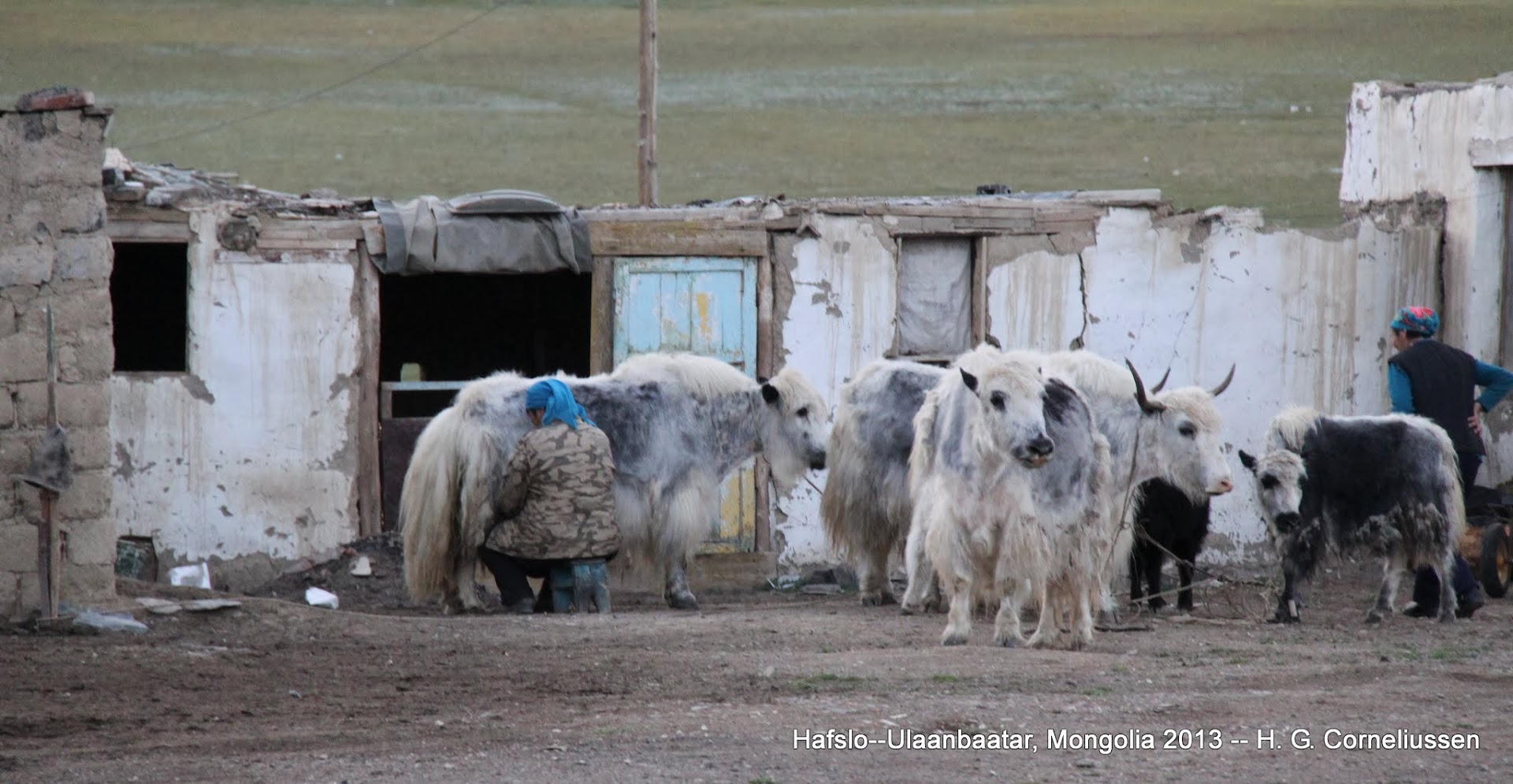 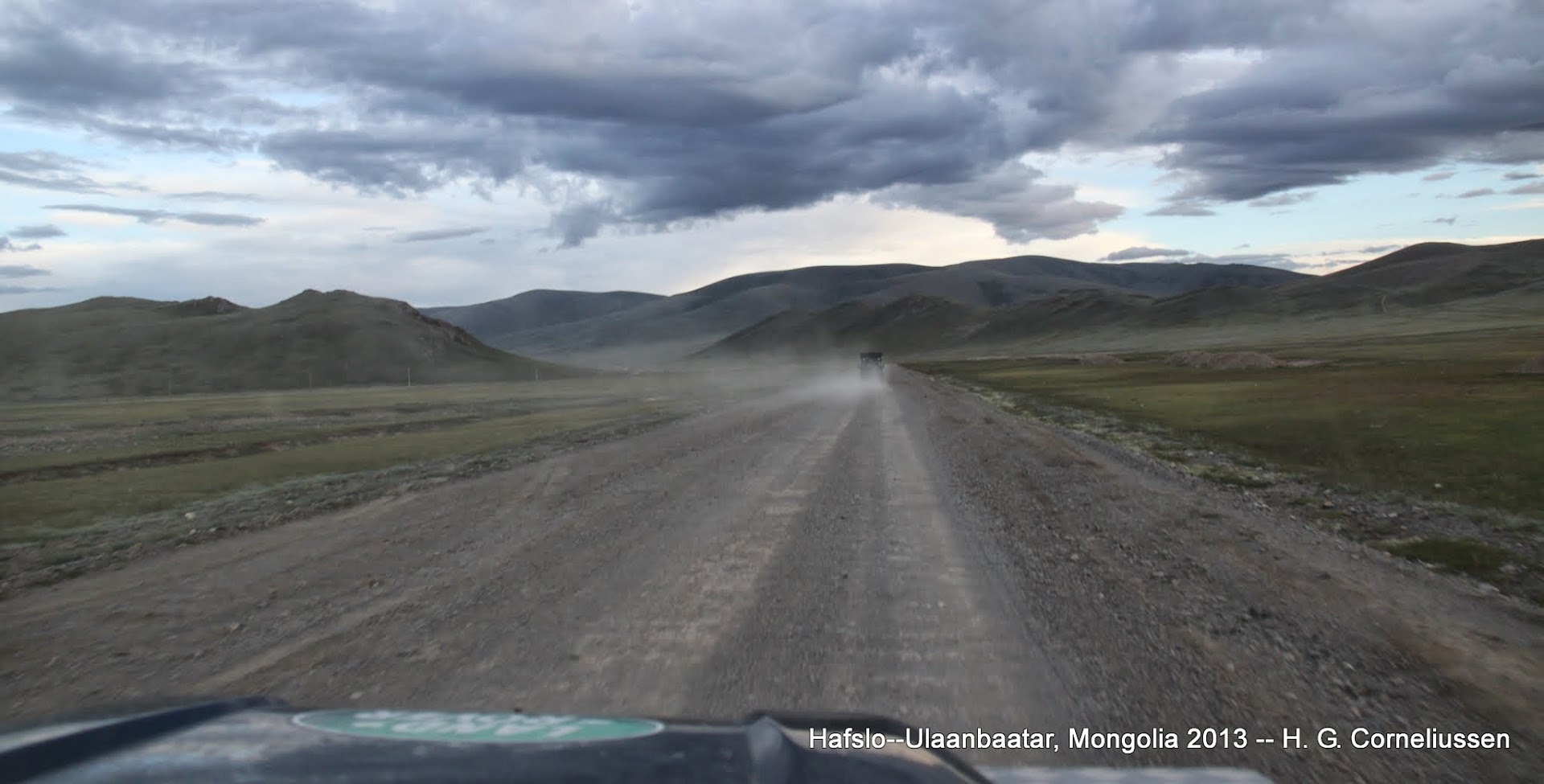 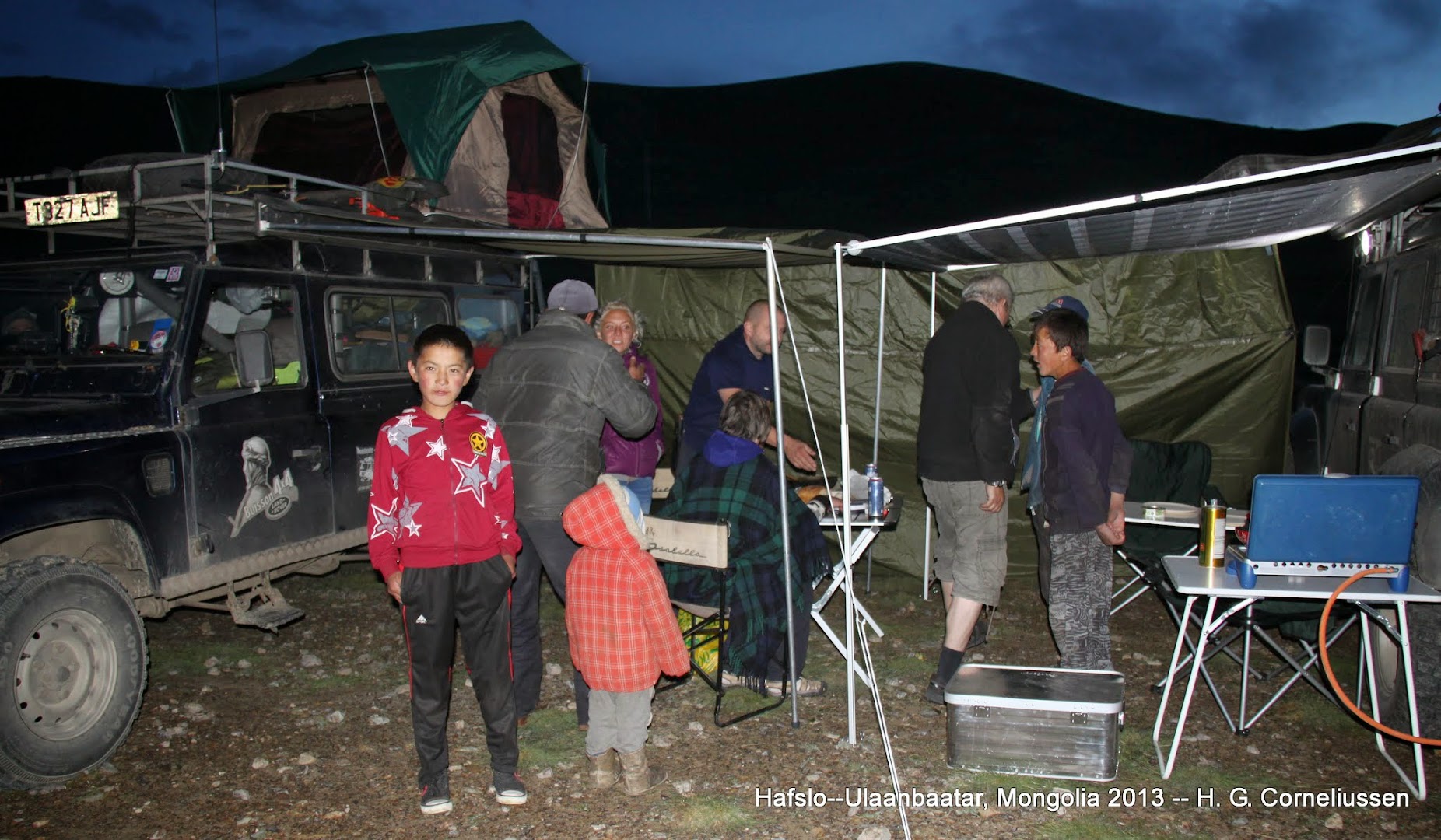 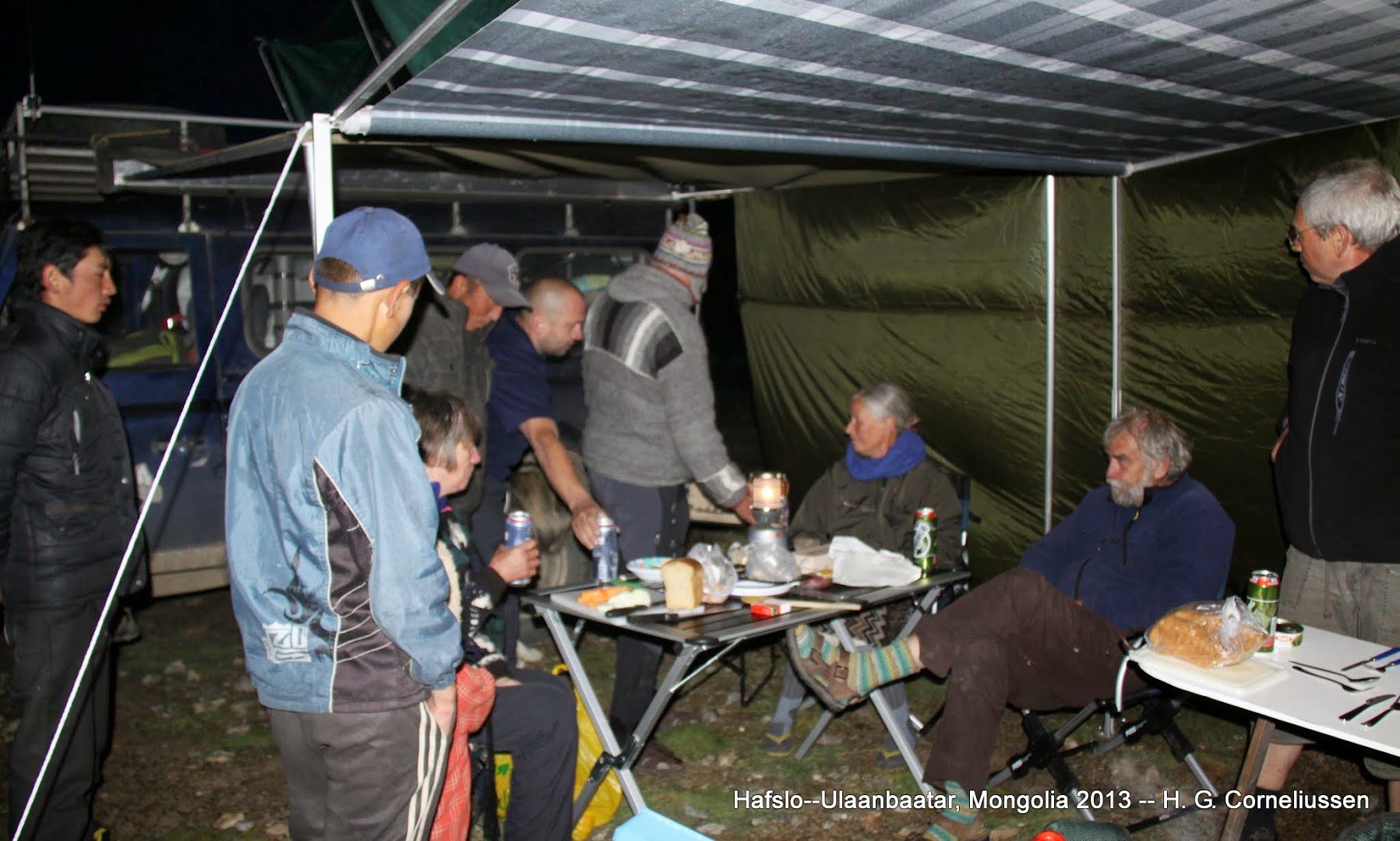